Appellants and Petitioners Must Be Bold

Appellants and Petitioners Must Be Bold

A bad habit of many lawyers who may be inexperienced in appellate practice is to view an appeal simply as a second chance to get a court to approve the exact same argument that was made below to the trial court. These lawyers will often merely cobble their lower court briefs into the form needed for filing to the appellate court with little more effort. However, appellate courts are not “second chance trial courts” and if that strategy is used the outcome is generally predictable: another loss.

The reason this is so is because when you have lost in the lower court both the applicable standards of review based on deference to that court and an appellate court’s general tendency to affirm are working against you. When you are the appellant or the petitioner for an extraordinary writ, you are the “underdog.” Your brief needs to be a game-changer. It must take a fresh approach to the argument raised below. You must learn from the loss in the lower court and give the appellate court a good reason for a reversal or for granting the writ in addition to the arguments made below. You can’t play it safe. Your brief must be bold!

Of course you’re not allowed to raise wholly new arguments on appeal, but you can take the arguments made below and give them a “fresh approach” by writing with a greater sense of urgency, setting the arguments in a larger and more complete context, using the technique of storytelling, citing cases from other jurisdictions as persuasive authority, or focusing on the reasoning expressed in the lower court’s order and making any misstep by the trial court the focus of your brief.

You have to do something different. Something more. You simply can’t play it safe. You’ve already lost, so what do you have to lose? So try a new approach to the points raised below. Be an advocate. Be bold! 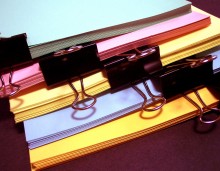 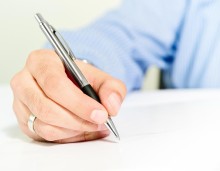