In California, the Orange County Bar Association (OCBA) recently published Formal Opinion 2014-1 in which it addressed hiring attorneys using in-state, as well as out-of-state contract lawyers to ghostwrite. In the Formal Opinion, the OCBA walks through an analysis of applicable California and Federal law that applies to the ethical considerations surrounding such relationships. Specifically, the opinion discusses the duty of candor, the duty of honesty, the duties of competence and supervision, and the duty to keep the client informed. In analyzing these ethical considerations, the opinion discusses well-established law addressing an attorney ghostwriting for a pro se litigant. Much of the analysis used to create that established law also is applicable in the situation of an attorney hiring a contract attorney to ghostwrite.

With the use of established law in the pro se litigant scenario and existing laws applicable to contract attorneys being hired by supervising attorneys, the opinion provides a road map for freelance and contract attorneys to walk by in executing their relationships.

The opinion concluded as follows:

There is much more detail involved in the opinion’s analysis. Click through to the opinion for information.

Legal Writing Series: Who Versus Whom 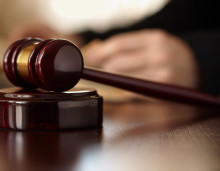