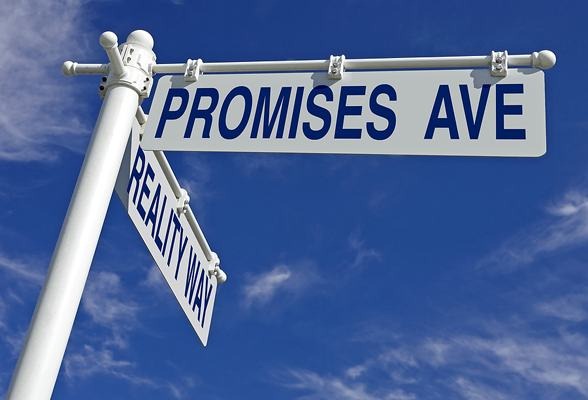 I have given much thought to the weight that a person’s word holds. In times past, a person’s word and hand shake were all that was needed to enter into an agreement. It seems now; most agreements are memorialized in writing. And I am sure as attorneys, we advocate for our clients to do just that. But some relationships are close enough that asking the other party to put it in writing seems improper. If my neighbor says she will water my garden while I am out of state for 5 days, I won’t ask her to sign a contract agreeing to it. I have my neighbor’s word. It is those promises that I have thought a lot about recently. I believe there are steps that we can take in an effort to be a woman or man of our word.

Step One: Be Realistic in What We Say We Will Do!

That seems so simple on its face. But I think this throws many off. I once had a friend tell me that when she makes promises, she usually over promises in an effort to be “optimistic” in her belief of what she will get done. I am all for positivity! But when another depends upon that promise, I believe that realism is often a better path than being hopefully optimistic. You see, when one over promises and under delivers, over time that person’s word loses its weight. One depending upon that promise will learn that she cannot depend upon the person that over promises. We should strive to see our situation in a realistic way. Do we have the time to complete the commitment? Do we have the ability? Do we have the desire? If we cannot answer those with an honest yes, than we should not make the commitment.

Step Two: Lists Are Our Friend

Oh yes, I am one of those people who have a running list of things to get done. Is that list ever completed? Absolutely not. I knock one thing off and add on five. But creating a list keeps things from falling through the cracks. Even though this list continually gets longer, having the list enables me to prioritize those promises that others depend on to ensure each get completed.

I use many methods in my effort to stay organize. The calendar in my phone keeps me straight and keeps me on time. Also, I keep a notepad in my purse. As items that need to be added to my notepad pop into my head, I pull it out and add it on immediately. Otherwise, my mind moves on and I may forget. I have friends that keep a notebook and pen on their bed stand. They state that often their mind runs so much with a mental list that they must write it down before their mind will shut off and go to sleep. What a great idea!

Step Three: Say “No” When We Will Not Be Able To

I find myself saying yes far more than I should. I understand the feeling that if we say no to someone, we might feel we have let them down. The thing is, saying yes too much will lead to things being missed and will enviably disappoint that person regardless. I remind myself that if I say no, those people will know that I set realistic expectations of myself. I think they will understand that during those times I say “yes,” I will mean it and I will complete it. This gives my word weight.

Our word is sacred. Do not devalue it by lacking the follow through needed to deliver on promises. If we say we are going to do it, than DO IT!

Has the importance of a person’s word diminished as time has passed? I believe it has. But I find it important, as women with integrity that we must live up to the promises and lend our word the weight it deserves. 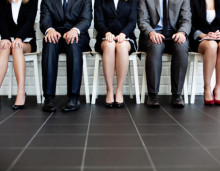 5 Steps to Help You Get Your Confidence Back 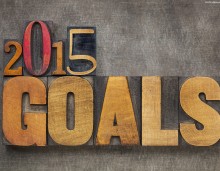 2015 Goals Can Be Achieved With Systems and Objectives